LATE SAFETY CARS, FUEL STRATEGIES AND A FIGHT TO THE END. THE BATHURST 1000 HAD IT ALL 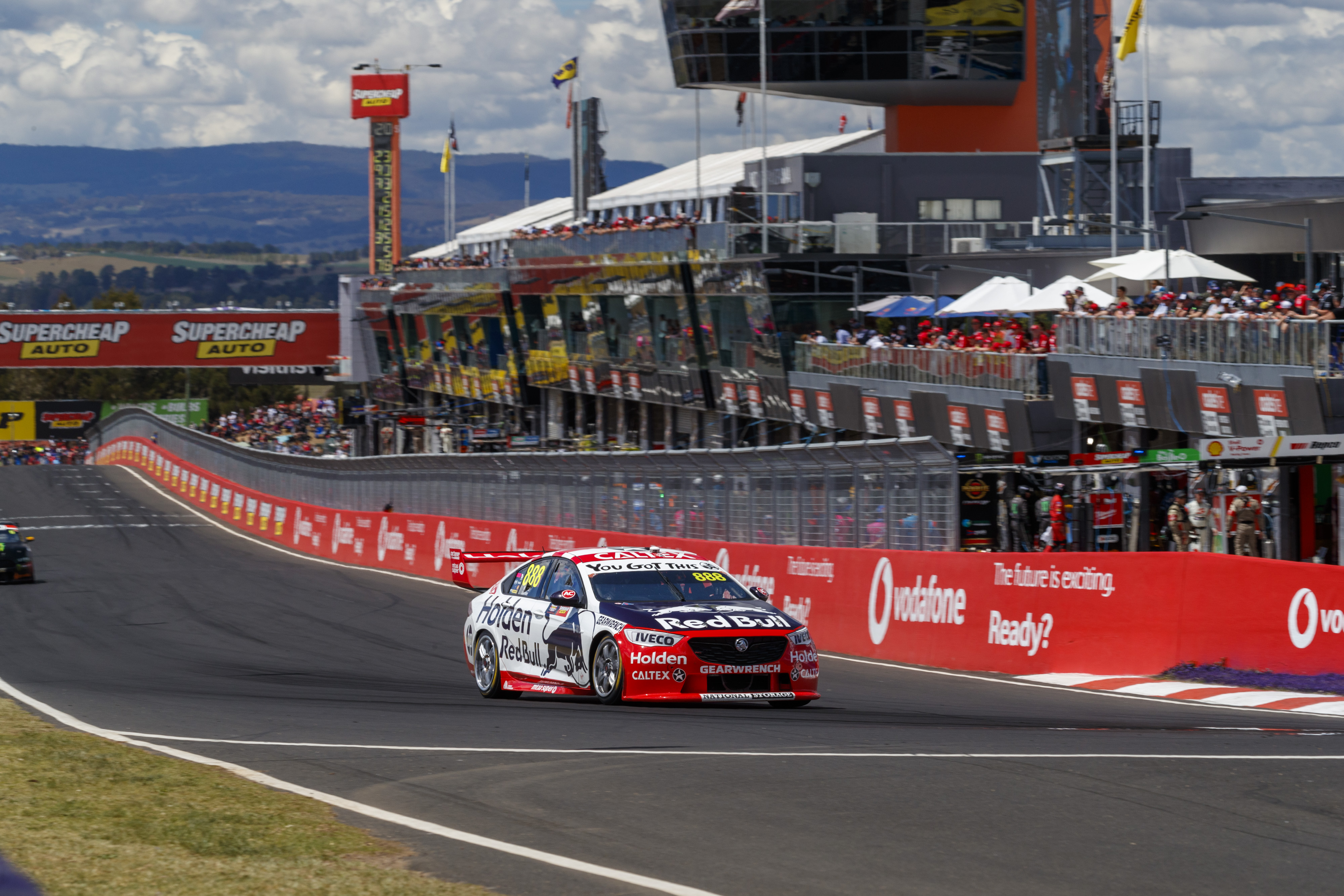 14 Oct LATE SAFETY CARS, FUEL STRATEGIES AND A FIGHT TO THE END. THE BATHURST 1000 HAD IT ALL

It was a case of so close, but so far for a podium position for Car #888 at Event 12 of the Virgin Australia Supercars Championship. The iconic Bathurst 1000.  Finishing fourth.

The event headlining the beginning of the Pirtek Endurance Cup for the first time. But also the reunion of the historic pairing of Craig Lowndes with Red Bull Holden Racing Team colleague Jamie Whincup.

Lowndes said for him, it has been both a happy and successful hunting ground. “It was great to get the band back together, pairing up with Jamie again. History shows that we have had great success, with the three-peat in 2006, 2007 and 2008. Plus we have been team mates for a long time. We know each others habits and driving style, even to the point of our individual routines on a race weekend. For me that’s a positive, as my role on the weekend was consistency and giving the car over to Jamie straight, clean and in a strong position. For me, I achieved that”

“It was a crazy race, we led at times and it could have been vastly different if there were less safety cars.  But this is Mount Panorama, anything can happen and it did! No safety cars all day, then 7 in the last 50 laps. But ultimately we were there with the leaders and in with a fighting shot.  Jamie did an amazing job with qualifying, Top Ten Shootout and more than a triple stint to the finish in the race.  Finishing fourth, yes a little disappointing but we will take that and move on to Gold Coast.”

Lowndes also paid tribute to the 50th anniversary of Holden in motorsport by participating in a solo exhibition lap of the Mountain earlier in the week. “Holden are synonymous with Motorsport in Australia and I am very proud to have spent the majority of my career with them. Having the track to myself behind the wheel of the 1969 57D Monaro and hearing the crowd cheering to honour the milestone was a very special moment”.