BACK TO BACK ENDURO CUP WINS AS 888 CLEAN SWEEP SANDOWN 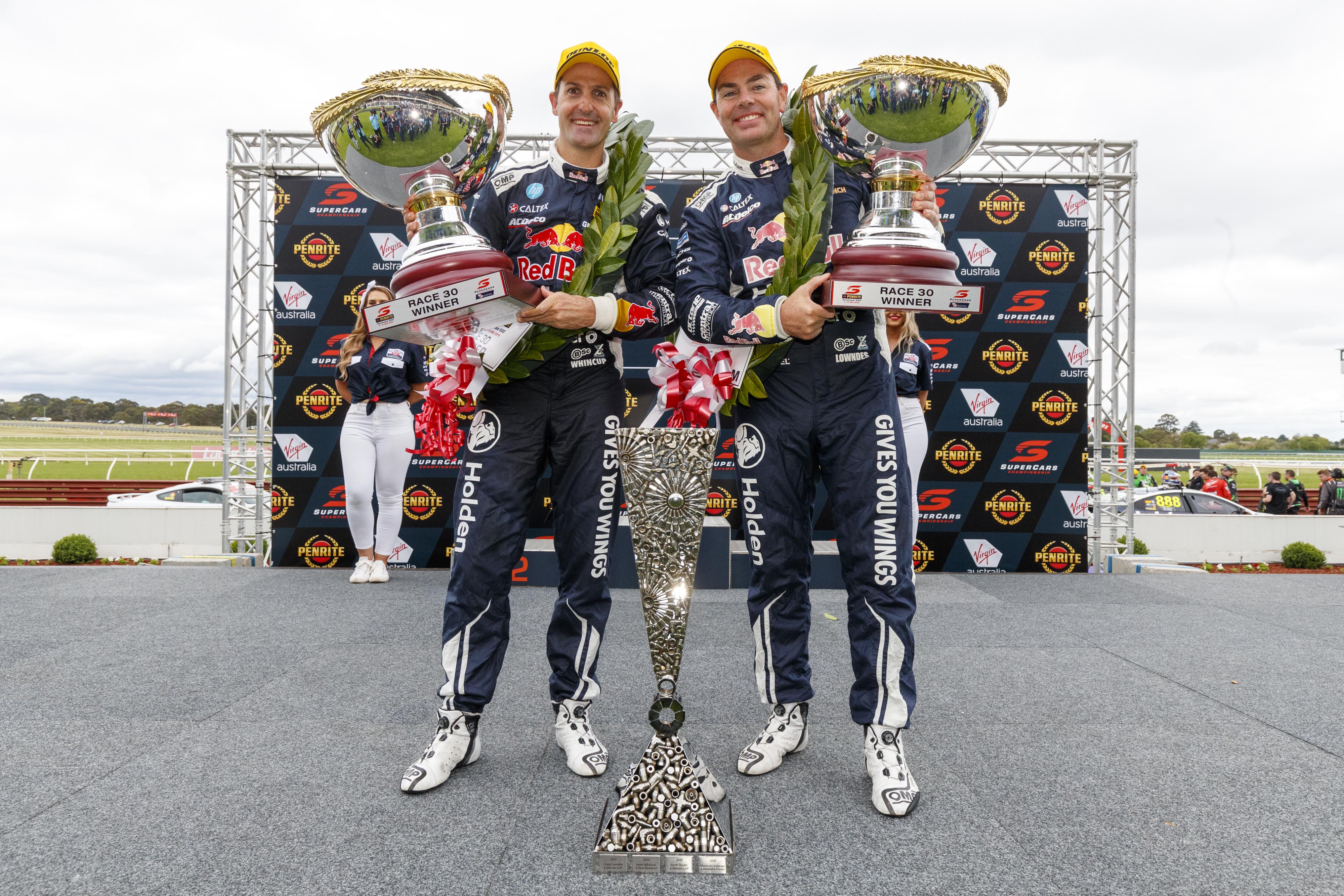 Reigning Enduro Cup champion Craig Lowndes secured back to back wins after claiming a clean sweep of results with teammate Jamie Whincup at the Sandown 500.

Two race wins and a pole position saw the ‘Dream Team’ secure the title and Lowndes’ sixth win at the event.

“It is very special to get a win for the sixth time. The car was strong all weekend, it absorbed the kerbs well and had the power down when we needed it. On Saturday everyone was fighting difficult weather conditions with drizzle for the co-driver session and rain for the main drivers. We were fortunate to get a quick lap in early before the rain hit, clocking second position and front row of the grid for Race 28.”

I had another cracker start and was able to lead from start to finish. Meaning I was handing the car over to Jamie to start his 20 lap race on the front row again for the main driver Race 29. He did a great job, leading from start to finish giving us pole position for the 161 lap main race on Sunday.

I had another good start and was able to lead into turn 1, to settle into a comfortable lap time to look after the tyres and fuel consumption. An early Safety Car meant that I lost my gap I was able create, but more surprising was looking and seeing Car #97 in 5th place after starting on the last row of the grid!

On the restart I was able to gain a small gap, but Car #97 had 8 lap fresher tyres. So they were able to close the gap just prior to my pitstop and driver change, for Jamie to finish the race.

With 11 laps to go it was disappointing to see Car #97 suffer a mechanical failure. We were on for a Red Bull Holden Racing Team 1-2. But as Jamie said, we have both been on the receiving end of that side, so it’s great to finish out our Enduro campaign with a win.”

Speaking of his Enduro season, “I’m really proud of what we achieved. Plenty of trophies, a pole position and not finishing lower than fourth… I’m confident to say that I’ve done my job well”.